How to Create Robots.txt Files

Use our Robots.txt generator to create a robots.txt file.

Use our Robots.txt analyzer to analyze your robots.txt file today.
Google also offers a similar tool inside of Google Webmaster Central, and shows Google crawling errors for your site. 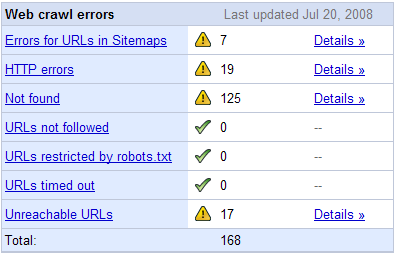 Allow indexing of everything

Disallow indexing of everything

Disawllow indexing of a specific folder

Disallow Googlebot from indexing of a folder, except for allowing the indexing of one file in that folder

Google and Microsoft’s Bing allow the use of wildcards in robots.txt files.
To block access to all URLs that include a question mark (?), you could use the following entry:

You can use the $ character to specify matching the end of the URL. For instance, to block an URLs that end with .asp, you could use the following entry:

More background on wildcards available from Google and Yahoo! Search.

Part of creating a clean and effective robots.txt file is ensuring that your site structure and filenames are created based on sound strategy. What are some of my favorite tips?

Google has begun entering search phrases into search forms, which may waste PageRank & has caused some duplicate content issues. If you do not have a lot of domain authority you may want to consider blocking Google from indexing your search page URL. If you are unsure of the URL of your search page, you can conduct a search on your site and see what URL appears. For instance,

Noindex instead of Disallow in Robots.txt?

Typically a noindex directive would be included in a meta robots tag. However, Google for many years have supported using noindex inside Robots.txt, similarly to how a webmaster would use disallow.

Secured Version of Your Site Getting Indexed?

In this guest post by Tony Spencer about 301 redirects and .htaccess he offers tips on how to prevent your SSL https version of your site from getting indexed. In the years since this was originally published, Google has indicated a preference for ranking the HTTPS version of a site over the HTTP version of a site. There are ways to shoot yourself in the foot if it is not redirected or canonicalized properly.

Have Canonicalization or Hijacking Issues?

Throughout the years some people have tried to hijack other sites using nefarious techniques with web proxies. Google, Yahoo! Search, Microsoft Live Search, and Ask all allow site owners to authenticate their bots.

Want to Allow Indexing of Certain Files in Folder that are Blocked Using Pattern Matching?

Your top competitors have been investing into their marketing strategy for years.
Now you can know exactly where they rank, pick off their best keywords, and track new opportunities as they emerge.
Explore the ranking profile of your competitors in Google and Bing today using SEMrush.
Enter a competing URL below to quickly gain access to their organic & paid search performance history – for free.
See where they rank & beat them!

Your competitors, are researching your site 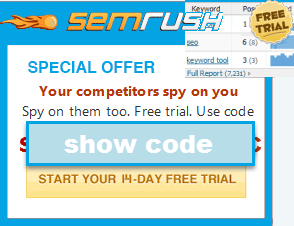