Skip to content
Others
January 3, 2018March 7, 2019 OG Friend Of Naira
While speaking to his congregation during the watch night service at the Latter Rain Assembly in the Ogba area of Lagos State on Monday, December 1, 2017, the popular televangelist revealed that God wants him to run despite his plan to quit politics for good.
Even though he wasn’t specific about whether he would be running during the 2019 presidential elections, he urged the congregation to pray for him and promised to update them as he knows more.
He said, “I heard the Lord say to me ‘Politics is not over for you, there’s still one thing left for you to do: Run for president’. And He said to me, ‘I will work it out myself and make it happen in due course.’
“Please trust me I lie not in the Holy Ghost, this is not easy for me to share with you. I share this with you so that you can pray along with me. It appears destiny is calling and the time is at hand.
“As I hear more, you’ll be the first to know by the grace of God. Please pray for me like never before.”

Pastor Bakare was notably picked as the running mate of current president, Muhammadu Buhari, when he contested on the platform of the defunct Congress for Progressive Change (CPC)during the 2011 presidential election which he lost to former president, Goodluck Jonathan.

Nigerians have been posting their reactions to the revelation across social media, with many poking fun at the missionary’s announcement.
Here are some of them:

Since they can’t stop using God’s name to lie, we will feed them with the same piece of cake they made for us to eat …nonsense

Uc Wiz@Uc_Wiz
God has asked tunde bakare to run for president. God has told mbaka that Dankwambo will be president….but for me, God has asked me to leave this country. And i will. Tunde run, Dankwambo run, Buhari run, while I run away

segun adio@segunvc
God has been brought in again as countdown to the 2018 general elections begin in Nigeria. Fiery Lagos pastor, Tunde Bakare has said that he has received God’s directive to contest for 2019 presidential election.

But if you go there and behave like Bu…

, “Touch not my annointed” won’t save you. We go drag you!

ThankGod Ukachukwu@tksilicon
Tunde Bakare said God asked him to run for presidency. Meaning that Buhari isn’t delivering else we would have been praying for more grace. But Buhari has taken the grace of God for granted. Mbaka has pitched tent with Dankwanbo. All these are making things easier for Atiku.

Muhd-Sany@Sanywriter1
It’s only in Nigeria that a Tunde BAkare needs your prayer to achieve his political aim after having claimed to have heard God’s word of encouragement to contest for president. Manipulation of religion. 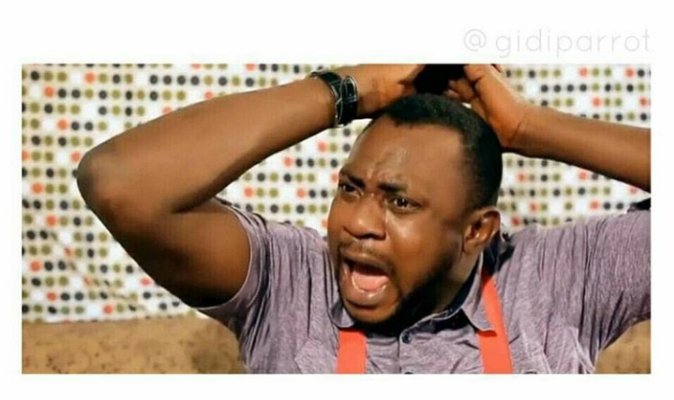 @Slyadeniyi
I wish God can slap people lying on His name
Tunde Bakare:

God has asked me to run for Presidency — Bakarehttps://fb.me/1QFm898wk

Republican. #SpeakTruth@Maazi_Dan
Oh for God’s sake! Pastor Tunde Bakare and his people should not turn the new 2018 into an old year, when today is just 2nd January.

PMB tried to abort our Happy New Year yesterday and failed, Oga Pastor is trying but will fail.

Fresh News >> Hell Does not Exist, Says Pope Francis in an open interview with our Press Team